We are the home of those members and supporters of the Conservative and Unionist Parties who represent traditional conservative values.

"...There was never a greater need for true conservatism than there is today". 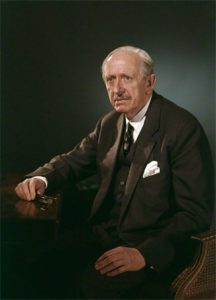 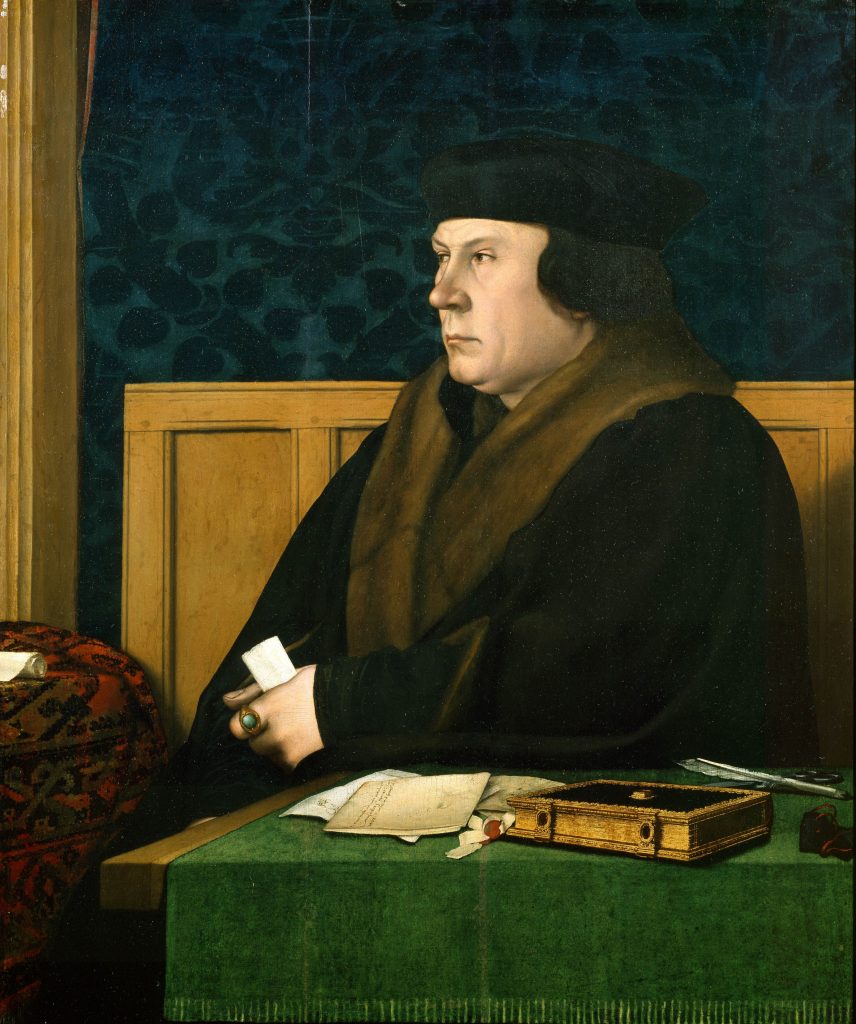 A Point of View - The Cloak and Dagger Civil Servants?

A Point of View – The Cloak and Dagger Civil Servants?

Ever since Mr. Dominic Cummings’ recent trip to the North of England from his home in London - coupled with his later “special eye test “ drive to Barnard Castle and the subsequent unprecedented appearance as a Special Advisor in the garden of 10, Downing Street - over 80% of the population have called for his resignation.

Even though Mr. Cummings was wearing, for once, a white shirt and long trousers instead of his customary later-day Californian beach-bum attire, he showed no contrition and denied that he had breached any of the lock-down measures that he had been instrumental in imposing upon the nation.

His actions during this National lock-down have so incensed voters that the Tory lead over Labour has crashed as Mr. Johnson battles to draw a line under this disgraceful saga. Mr. Cummings, not blessed with any humility and with an abrasive attitude, compounded by his refusal to apologise, has worsened the situation for the government.

Even though over 8.5 million people are still not working and are being paid to stay at home under the furlough system, the government’s action has been overshadowed by the misconduct of Mr. Johnson’s non-elected Special Advisor and further cements – in the public’s eyes – the failure of the Prime Minster to dismiss Mr. Cummings for his breach of the lock-down rules. Many believe there is a “them and us” rule, which several government officers have already flouted and, in some cases, subsequently been pressured to resign from their posts – except Mr. Cummings.

The Prime Minister’s defence of his Chief Political Advisor, and so-called Svengali, has led to the Tory lead being only 5 points ahead of Labour from 17 points at the end of March this year according to Mr. Joe Twyman, director of Deltapoll. He said, “The figures suggest at the next election it is perfectly possible that a much greater proportion turn away from the Conservatives because they perceive them to not behave fairly and to be untrustworthy.” His comments are endorsed by many voters in the north, who previously voted Labour but swung the vote to Conservative at the last election. Now they are saying, “They’re back to their old arrogant ways again.”

One, therefore, has to question who are these unelected Special Advisers to the Prime Minister and why do we need them when we have members of parliament and Cabinet ministers who have been elected and are accountable to the electorate.

Interestingly enough, these Special Advisors (as of December 2019, there are 109 Special Advisors working full time for the Government, including 44 Special Advisors who work for the Prime Minister alone) are not just some ad hoc appointment but are employed as temporary civil servants in accordance with Part 1 of the Constitutional Reform and Government Act, 2010.

All Ministerial departments nowadays have one or more Special Advisors (often abbreviated to “SpAds” or “spads”) who are personal appointments of the Secretary of State but employed as temporary civil servants. Their main role in practice is to give political, presentational and policy advice to Ministers; to help write political speeches and articles; and, if necessary, add a political dimension to speeches drafted by officials. They work closely with Private Offices and Press Offices and give advice in parallel with line decisions.

There are, in fact, a number of reasons why Ministers find it beneficial to have spads in their department. Firstly, it gives Ministers simultaneous access to a friendly and familiar face offering political advice to be considered alongside that given by mainstream civil servants.

A lot of Ministers prefer to have, working alongside them, the “devil they do know rather than the devil they don’t” – especially at the beginning of their time in government. They have chosen them (rather than have them imposed upon them) unlike their civil servants, and often their departmental Junior Ministers, and they are likely to have compatible personalities.

Is there any control over the conduct of these spads? What they may and what they may not do are regulated for in the Constitutional Reform and Government Act, 2010 but, suffice to say, it still leaves somewhat “grey areas.”

All too often in recent times, Prime Ministers have utilised spads as their “Chief of Staff” or “Director of Communications” and all enquiries are routed through them, affording a type of protected cocoon around the Prime Minister. This resulted in what was termed “a sofa government”, with one or two people making the decisions and other Ministers excluded from this process.

In 2019 when Boris Johnson became Prime Minister, he appointed spad Domiminic Cummings as his Chief of Staff and Mr. Cummings then insisted that the entire Ministers’ Spads should report to him and not to “their” Cabinet Minister. This immediately removed one of the advantages of employing spads – that they offered an independent political view of their departments’ and wider government policies.

It would be a gross understatement to say that Dominic Cummings has alienated millions of British voters and Tory Party supporters. This includes both Tory and Labour MPs; not forgetting, of course, a cabal of Remainers and Civil servants who are desperate to get rid of him. It goes without saying that he is despised by the BBC and pincko channel 4 TV News.

Mr. Cummings is not, however, without his supporters and it has to be acknowledged and remembered that it was Mr. Cummings who made a very significant contribution in the Brexit Strategy and also in the Prime Minister’s Tory leadership contest and subsequent General Election success.

His role as Special Advisor to the Prime Minister has made him many enemies in Whitehall, particularly with regard to his task of the long-awaited reform of the Civil Service.

The Civil Service appears to have its own agenda despite its supposed neutrality and lack of political bias. These reforms of the Civil Service have been mooted since Margaret Thatcher’s time but the plans have always been frustrated.

It would appear that Mr. Cummings’ two objectives for this year are to assist the “Reform” of the Civil Service and to ensure completion of Brexit.

Despite these good intentions, the position of Special Advisor to the leader of a country is a powerful one and very often embraces a form of “gate keeping” to protect that leader from “unnecessary” intrusions. In effect, this is a vetting process to prevent the Prime Minister being inundated with requests from everyone in the Cabinet Office and beyond. It can, however, in itself lead to the Special Advisor believing that his position of power is greater, or as great as, that to whom he serves and “advises”.

History is littered with so called special advisors who believed they were too indispensable to the leader that they served.

Nigel Lawson quit as Chancellor in 1989 after telling Margaret Thatcher that she had a choice between him and her personal adviser, Sir Alan Walters. Stunned by the decision, Walters also tendered his resignation the same day.

In the United States, during the Watergate Affair, President Richard Nixon’s Chief of Staff, H. R. “Bob” Haldeman, had been a loyal servant to President Nixon for 20 years prior to becoming Chief of Staff and was complicit in the illegal wiretapping and subsequent cover up after the Watergate incident. Nixon resigned and was pardoned by President Gerald Ford but it was Haldeman who was convicted and sent to jail.

Although he had been “elected” as an MP during his earlier career, Thomas Cromwell (1485-1540) subsequently became King Henry VIII’s most notorious minister. The son of a brewer, he manoeuvred his way to the top by intrigue, bribery and sheer personality. Cromwell pursued Henry’s interests single-mindedly. Tasked with engineering the judicial murder of Anne Boleyn, he organised a “show trial” of Stalinist efficiency. He orchestrated the seizure of the monasteries.

Eventually, after assuming almost absolute power and riches beyond all those except the King himself and “the old money” of the Duke of Norfolk, he pushed his master too far. He was executed on 28th July, 1540 at Tower Hill, London.

(It should be noted that, although Thomas Cromwell was beheaded, the King did later recognise his former “enforcer’s usefulness as he, Henry, was beset with political turmoil thereafter until his own death).

History sometimes has a habit of repeating itself (not Tower Hill).

One is keen to note that a spad’s power is derived from the relevant Minister. Should they get above their station or become too influential, that is ultimately the fault of the employer.

Perhaps Mr. Cummings should reflect on the political damage that he has done to the Conservative Party and the Prime Minister and not delude himself that he is indispensable.

He might like to also remember that you meet the same people on the way down as you did on your way up.

As a predominately left-wing, anarchist mob continued, unabated or restrained by the Police, to attack what they deem to be racist statues, it is interesting and appalling to see the total inaction taken by the some senior police personnel to prevent wanton criminal damage.

When appointed to the office of constable in England and Wales, all officers are required to take an oath of allegiance which is.....“I do solemnly and sincerely declare I will well and truly serve the Queen in the office of constable with fairness, dignity, diligence and impartiality, upholding fundamental human rights and according equal respect to all people and I will, to the best of my power, cause the peace to be kept.”

That is of course, except Mr. Alan Pugheley, none other than the Chief Constable of Kent, who made a gesture of solidarity with the Black Lives Matter Movement.

He said, “It was an act of humility. It was important to me to take in this show of solidarity. We at Kent police stand with those who are horrified at the manner in which George Floyd lost his life.”

Millions of people throughout the world were disgusted at the treatment of the late Mr. Floyd but they were not a senior Police Chief supposedly setting an example to his men as how to be impartial, according to the oath he and his officers took upon becoming police officers.

Does that now mean that all his officers can forget their oath of allegiance – no longer being IMPARTIAL? It would be interesting to see his IMPARTIALITY towards patriotic black and white veterans of the services should they choose to protect public statues from wanton criminal damage because he, and perhaps his officers, are biased towards the Black Lives Matter Movement.

Surely, he should be neutral whatever his personal feelings may be, or do we now live within a police state that dictates what is criminal or democratic, or is he a racist and anti-white?

All lives matter, of whatever race, whether they are black, brown, Chinese or white – what’s the difference, Mr. Pugheley?

Mr. Johnson's official spokesman said: "The PM's view is that, in this country, where there is strong opinion there is a democratic process which should be followed.

"People can campaign for the removal of a statue but what happened yesterday was a criminal act and when the criminal law is broken that is unacceptable and the police will want to hold to account those responsible.

"The PM absolutely understands the strength of feeling, but in this country we settle our differences democratically and if people wanted the removal of the statue there are democratic routes which can be followed."