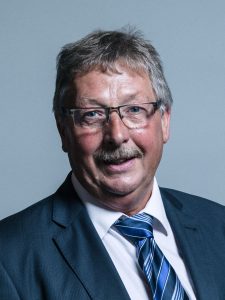 The below article is by our loyal friend Sammy Wilson, DUP MP for East Antrim. I spoke to Sammy when the EU invoked Article 16 of the Northern Irish Protocol and created at a stroke a ‘Hard Border’ between Northern Ireland (NI) and the Republic of Ireland over a petty concern that vaccines would enter NI from the Republic.

First Minister Arlene Foster called Article 16 “an act of aggression” and such was the international condemnation the EU swiftly revoked the Article; however, the cat was out of the bag! After years of Brexit negotiations and the EU telling us that there would be violence if an Irish boarder was created, the EU pressed the nuclear option.

It is obvious that NI has become the EU’s weapon of choice when it comes to revenge over Brexit and Mr Wilson has detailed below the ‘on the ground’ issues being faced by our Northern Irish brothers and why the NI Protocol has to go!

Who would have believed it if they had been told that after, the UK leaving the EU on 1st January, builders in NI bringing home their machinery from jobs they had completed in England would find that they had to abandon their machines at the ferry because there was soil from the English building site in the treads of the tyres? Or who would have thought that goods coming from suppliers in England to NI would have been turned away because the standard wooden pallet on which they were carried did not meet EU standards, resulting in the NI business paying twice for the transport of goods which they didn’t receive?

What is the justification for refusing thousands of gardeners across NI the supply of plants and seeds from Great Britain (GB) because the EU claims that any soil residue on these items presents a danger to the safety of the EU horticulture sector, even though on the 31st December 2020 this soil was deemed to be perfectly safe and was freely allowed into EU member-states?

These are but a few examples of how the NI Protocol is affecting trade between the countries which make up the internal market of the UK. The freedom to trade across the UK is one of the fundamental pillars of the Acts of Union which bind together our country. Yet they have been torn down by the Withdrawal Agreement and the NI Protocol.

At the same time, all the promises made by the Prime Minister about never contemplating, let alone legislating, for a border between NI and GB down the Irish Sea, and businesses never needing to fear the additional paperwork or obstructions to their trade, have been broken in pieces. Understandably people, especially unionists in NI, feel betrayed and angry.

The examples above are evidence that the EU intends to fully impose every one of tens of thousands of EU rules listed in over seventy pages of the NI Protocol when it comes to trade between one part of the UK and another part of the same country.

The worrying aspect of all this is that we are still living in a grace period where NI is exempt from some of the most damaging EU directives. Also, we still haven’t experienced the impact of any new EU laws being imposed on NI, something which the EU is entitled to do because we have been abandoned as part of the EU single market for goods while the rest of our country has broken free. Should these new laws, and existing EU laws, not be followed in NI then the European Court of Justice (ECJ) will be able to decide on the penalties imposed on this part of the UK.

In fact, should the UK government act in a way which gives any GB-based firm an advantage over an EU firm in the NI market, then the EU Commission and the ECJ can penalise the UK. So, for example, subsidising Nissan in Sunderland to make batteries for electric cars could be ruled illegal by the EU because Nissan cars are sold in NI. As the full implications of the NI Protocol are unravelled, it is clear that the Prime Minister has broken promises to those of us who campaigned for Brexit and freedom from the EU, by his acceptance of the unreasonable demands of the EU in the Withdrawal Agreement.

Both the UK government and the EU claim that the NI Protocol was necessary to uphold the Belfast Agreement, preserve peace in NI and avoid a hard border between NI and the Irish Republic. The result has been the hardest of borders between NI and GB, i.e. a hard border dividing up the UK. As I write this piece, I am gazing down into Larne Harbour which is now one of the border crossing points between the part of the UK in which I live and GB, the coastline of which is clearly visible on this bright morning.

As for fostering peace, the checks on trade coming through the port have been cancelled for a week now because of threats to the inspectors. Both local and EU officials have been pulled out for their own safety. The outpouring of anger can only get worse. Unionists quite rightly believe that the promises about our place in the UK being guaranteed by the Belfast/Good Friday Agreement have been torn up as we find ourselves ostracised from the GB market by EU rules and look ahead with horror to the imposition of foreign laws rather than British laws.

The NI Protocol is a humiliation for those who call themselves Conservatives and Unionists and is a betrayal of those who voted for Brexit wherever they live in the UK. I become very angry when I listen to those MPs in Parliament who insist that the NI Protocol must be honoured and implemented, knowing that they would be incandescent with rage if their constituents were economically disadvantaged in the way NI citizens are as a result of an agreement designed to suit the economic demands of the EU and to punish the UK for daring to leave the EU.

What makes matters worse is that, in order to cover the embarrassment over her disastrous handling of the COVID vaccine purchase, another example of the folly of EU centralisation, Ursula von der Leyen, the President of the EU Commission, was prepared to set aside the NI Protocol to stop an EU firm fulfilling its contract for vaccines with the UK government and put checks on the Irish border in order to impose the export ban. Although she quickly abandoned the plan, it is significant there was no apology. Indeed, she has not ruled out taking such action again in the future.

If the EU can so easily set aside the NI Protocol to protect itself from criticism of its own bungling, then the UK government has a greater justification and obligation to do so in order to safeguard the economy of NI, the integrity of the Union and the honouring of the Brexit referendum. It should start legislating to do so now.